Twitter has become one of social media’s most prolific figures over the past few years. It is extremely unlikely that you have not at least heard of it, and it has gone from being considered just a tool for attention seeking teenagers to a powerful social marketing application. Professionals ranging from Fortune 500 CEOs, politicians up to and including the President, and various television and music artists have been using Twitter to draw traffic to their projects and connect with people.

Just in case you only know of Twitter in passing, it is a micro-blog tool that allows a user to post short, 140 character messages. Users can follow others to receive updates when they Tweet, the term for a post, and follower lists can be managed to promote useful and productive associations. To help you get started using Twitter as a social marketing tool, here are a few tips on how to use it effectively.

Twitter’s success is due in large part to the unique blend of blog functionality, social interaction, and quick, short bursts of information. Due to its obvious link to text messaging and a younger age for the average user, many companies and some notable politicians have made the mistake of opting to use text jargon in their tweets. This does will have the exact opposite effect from the one intended. Even young people expect businesses to appear professional and educated. It also can come across as condescending to younger, educated people. Simply post in a clear and professional matter, and opt to put your message in more than one tweet rather than use shorthand text speak if it becomes too long.

A good example: Please come by #StoreName for great specials on all our #MerchandiseType next Sunday.

When you look through tweets, you will notice people including the number sign before various words throughout their messages. These are called tags in Twitter terminology, and you can think of them simply as keywords used to help people find your messages when they are interested in the subject. Twitter has a built-in search engine that will point users to tweets with the tag in them. For example, if you include a tweet that says, “The new #iPhone5 is a great #smartphone,” then users who search for “iPhone5” and “smartphone” may be pointed to your tweet.

Twitter itself recommends using no more than two tags per tweet. This is generally a good rule to follow, but if necessary or the tags are short then it can be permissible to go up to three or four. To compensate for this limitation, be sure to make your Twitter account name easily recognizable and related to your company or work. This will essentially include a free tag for your company in every tweet.

Just like anything in today’s high speed world, getting your message out as quickly as possible is a key factor. It is not a truly complicated idea, but it is necessary to keep it in mind when using Twitter to market. For example, if your company puts out a new product or makes a press release, mentioning it in a tweet several days later is going to have much less impact. Also, if a popular current event occurs, the prime timespan to take advantage of the increased traffic it will be bring is moving closer to the zero hour every day.

The main downfall of Twitter is the character length of individual tweets. There is simply no way to express complex ideas effectively in just 140 characters. With this in mind, Twitter should not be the primary method of delivery for true content. Instead, make a brief mention of the topic a link addresses and include the link in the tweet. To help reduce the amount of characters the website URL takes up you can use a tool called TinyURL to create a link that is less than 20 characters out of any address. You can get away with spreading a message over two tweets if necessary, but if it becomes much longer then Twitter is not the medium you want to use to share the message.

One of the more interesting aspects of Twitter is how it actually internally promotes social marketing. Just like tags help people search for tweets based on subject, Twitter uses “Mentions” to filter tweets based on people that are mentioned in them. Whenever you include the @ symbol before a username, that tweet will show up in any search for that specific name. On top of this, if both you and the user in question follow each other, then the tweet will show up in both of your timelines. When you develop good relationships with other businesses and people, you can easily market your company far beyond your own followers.

6. Include Plugs for Your Email Subscription

Once you have developed a follower base in Twitter you can begin to reap it to grow your email list. In between true content, include quick and brief mentions of your email services and include a link to an email signup page. Be careful not to only spam requests for emails, since this will be likely to discourage people from continuing to follow your Twitter account. Used carefully, you should soon be seeing an increase in your email list. 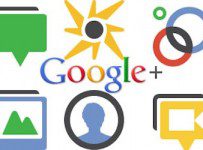