I was at a point in life where my finances were falling apart and I was building a house of cards. I denied the extent of the problem, thinking (hoping) that tomorrow would bring a different day – more money perhaps, a way to pay off the debt – next year will be better! Next, something unexpected happened.

I was about to fall in love.

I wound up falling in love with an acquaintance from my high school days. We were in different social circles then, but we kept bumping into each other and finding that we had a significant overlap in terms of interests, personality, and mutual friends. Soon, we were dating and before long, wedding bells were about to ring. And I was about to jump off of a financial cliff.

I erred right off the bat by presenting a grossly inaccurate picture of my personal finances. I gave off the impression that I was making significantly more a year than I was. Although my wife was not a gold-digger in any fashion, my treatment of her in the early days of our courtship set the bar pretty high, and through my own egotism, I refused to lower that bar even though it was killing me to maintain it.

Setting the Bar Too High

The second mistake I made was that I set the engagement and wedding expectations way too high. Rather than sitting down with my bride-to-be and talking about some realistic expectations, I not only allowed but encouraged those dreams to take root and grow. The end result is that there was too much spending on the engagement, the wedding preparation, and the wedding itself.

Before you start thinking to yourself, “Wow… what a sucker!”, I want to point out that these mistakes were entirely my own doing. My bride-to-be often encouraged me to spend less than I was spending on many things, but I was too caught up in my own spending glut to realize it.

The big, big mistake came after the wedding, however: I vastly overspent, beyond any reason, on our honeymoon. We flew to London first class, stayed in a suite overlooking Hyde Park for a week, ate like kings and queens, attended lots of shows, and basically drowned ourselves in excess. Then we repeated that week in Edinburgh. I had a credit card with a huge limit on it and just put everything, no matter what, on that. I didn’t even try to keep a running total or even look at prices at all beyond a perfunctory glance.

Needless to say, when we returned home and I saw the bill, I nearly choked. I resolved to get this paid off as soon as possible, but now we were a young married professional couple.

Steps to Financial Peace at the Beginning of a Marriage

1. Be Honest With Your Mate

My first mistake was not being honest with my bride about my terrible financial situation. Honesty is the key to most relationships and financial honesty is a requirement for a happy marriage. Over half of married couples divorce and most of those cite money arguments as the number one cause of strife in the relationship. Hiding your problems and lying to your mate about your finances sets up many fights – believe me! So, even though it may be embarrassing, lay out your problems before your wife or husband and explain to them the financial mess you’ve gotten into.

2. Make a Plan to Change

If you’re honest with yourself, you know what you’ve been doing cannot continue. You’ve made some serious financial mistakes, but a bigger mistake would be to continue on thinking that the next year will be better. The next bonus will pay things off. The next thing never comes! If you’re a financial idiot with a little money, you’ll be a financial idiot even if you make more money. You must make a plan to change your situation and improve your finances. If your mate is equally as bad with his/her finances, you’ll need some outside help. Attend a Dave Ramsey course to get your life back on course!

3. If You Regress, Come Clean Immediately

A few years into our marriage, we were beginning to get things cleaned up and I made a few mistakes and bounced some checks. It cost us several hundred dollars at the bank and it embarrassed me personally. I didn’t admit to the mistake and my wife discovered it on our monthly bank statement which setup an argument about money. It was a big mistake to not just admit my error when it happened. If you do run into trouble, spend too much, get a speeding ticket, or otherwise regress, come clean to your wife or husband about it.

If a majority of the divorced couples believe money problems were the cause of the split, wouldn’t it make sense to reduce that problem to reduce stress in your marriage? Financial counseling is much cheaper and will have a greater impact than requiring marriage counseling later. Financial counselors can help you define a budget, clean up your debt mess, and get your financial life in order.

The early years of marriage can be a stressful time. Financial pressures contribute to increased stress – get your personal finances in order and be honest with your mate early so you can have a long, successful marriage. 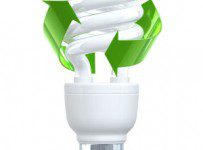 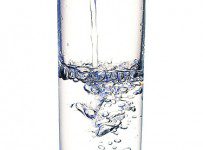