Plumbers and pipefitters install, maintain, and repair pipe systems. Primarily, they work on water systems pushing water to homes and businesses and pipes moving waste water away from those buildings.

In this free career guide, you will learn to have a successful career as a plumber.

Working as a Plumber

Most people are familiar with plumbers who come to their home to unclog a drain or fix a leaking toilet. Plumbers, pipelayers, pipefitters, and steamfitters install, maintain, and repair many different types of pipe systems. Some of these systems move water from reservoirs to municipal water treatment plants and then to residential, commercial, and public buildings. Other systems dispose of waste, supply gas to stoves and furnaces, or provide for heating and cooling needs. Pipe systems in powerplants carry the steam that powers huge turbines. Pipes also are used in manufacturing plants to move material through the production process. Specialized piping systems are very important in both pharmaceutical and computer-chip manufacturing.

Although plumbing, pipelaying, pipefitting, and steamfitting are sometimes considered a single trade, workers generally specialize in one of five areas. Plumbers install and repair the water, waste disposal, drainage, and gas systems in homes and commercial and industrial buildings. Brooklyn water heater repair services also install plumbing fixtures—bathtubs, showers, sinks, and toilets—and appliances such as dishwashers, waste disposers, and water heaters. Pipelayers lay clay, concrete, plastic, or cast-iron pipe for drains, sewers, water mains, and oil or gas lines. Before laying the pipe, pipelayers prepare and grade the trenches either manually or with machines. After laying the pipe, they weld, glue, cement, or otherwise join the pieces together. Pipefitters install and repair both high-pressure and low-pressure pipe systems used in manufacturing, in the generation of electricity, and in the heating and cooling of buildings. They also install automatic controls that are increasingly being used to regulate these systems. Steamfitters install pipe systems that move liquids or gases under high pressure.Sprinklerfitters install automatic fire sprinkler systems in buildings. Plumbers, pipelayers, pipefitters, and steamfitters use many different materials and construction techniques, depending on the type of project. Residential water systems, for example, incorporate copper, steel, and plastic pipe that can be handled and installed by one or two plumbers. Municipal sewerage systems, by contrast, are made of large cast-iron pipes; installation normally requires crews of pipefitters. Despite these differences, all plumbers, pipelayers, pipefitters, and steamfitters must be able to follow building plans or blueprints and instructions from supervisors, lay out the job, and work efficiently with the materials and tools of their trade. When plumbers working construction install piping in a new house, they work from blueprints or drawings that show the planned location of pipes, plumbing fixtures, and appliances. Recently, plumbers have become more involved in the design process. Their knowledge of codes and the operation of plumbing systems can cut costs. First they lay out the job to fit the piping into the structure of the house with the least waste of material. Then they measure and mark areas in which pipes will be installed and connected. Construction plumbers also check for obstructions such as electrical wiring and, if necessary, plan the pipe installation around the problem.

Sometimes, plumbers have to cut holes in walls, ceilings, and floors of a house. With some systems, they may hang steel supports from ceiling joists to hold the pipe in place. To assemble a system, plumbers—using saws, pipe cutters, and pipe-bending machines—cut and bend lengths of pipe. They connect the lengths of pipe with fittings, using methods that depend on the type of pipe used. For plastic pipe, plumbers connect the sections and fittings with adhesives. For copper pipe, they slide a fitting over the end of the pipe and solder it in place with a torch.

After the piping is in place in the house, plumbers install the fixtures and appliances and connect the system to the outside water or sewer lines. Finally, using pressure gauges, they check the system to ensure that the plumbing works properly.

Work environment. Plumbers work in commercial and residential settings where water and septic systems need to be installed and maintained. Pipefitters and steamfitters most often work in industrial and power plants. Pipelayers work outdoors, sometimes in remote areas, laying pipes that connect sources of oil, gas, and chemicals with the users of these resources. Sprinklerfitters work in all buildings that require the use of fire sprinkler systems.

Because plumbers, pipelayers, pipefitters, and steamfitters frequently must lift heavy pipes, stand for long periods, and sometimes work in uncomfortable or cramped positions, they need physical strength and stamina. They also may have to work outdoors in inclement weather. In addition, they are subject to possible falls from ladders, cuts from sharp tools, and burns from hot pipes or soldering equipment. Consequently, this occupation experiences rates of nonfatal injuries and illnesses that are much higher than average.

Plumbers, pipelayers, pipefitters, and steamfitters often work more than 40 hours per week and can be on call for emergencies nights and weekends. Some pipelayers may need to travel to and from worksites.

Most plumbers, pipelayers, pipefitters, and steamfitters train on the job through jointly administered apprenticeships and in career or technical schools or community colleges.

Education and training. Plumbers, pipelayers, pipefitters, and steamfitters enter into the occupation in a variety of ways. Most plumbers, pipefitters, and steamfitters get their training in jointly administered apprenticeships or in technical schools and community colleges. Pipelayers typically receive their training on the job.

Apprenticeships—both union and nonunion—consist of 4 or 5 years of paid on-the-job training and at least 144 hours of related classroom instruction per year. Classroom subjects include drafting and blueprint reading, mathematics, applied physics and chemistry, safety, and local plumbing codes and regulations. On the job, apprentices first learn basic skills, such as identifying grades and types of pipe, using the tools of the trade, and unloading materials safely. As apprentices gain experience, they learn how to work with various types of pipe and how to install different piping systems and plumbing fixtures. Apprenticeship gives trainees a thorough knowledge of all aspects of the trade. Although most plumbers, pipefitters, and steamfitters are trained through apprenticeships, some still learn their skills informally on the job or by taking classes on their own.

Licensure. Although there are no uniform national licensing requirements, most States and communities require plumbers to be licensed. Licensing requirements vary, but most localities require workers to have 2 to 5 years of experience and to pass an examination that tests their knowledge of the trade and of local plumbing codes before they are permitted to work independently. Several States require a special license to work on gas lines. A few States require pipefitters to be licensed. Licenses usually require a test, experience, or both.

Other qualifications. Applicants for union or nonunion apprentice jobs must be at least 18 years old and in good physical condition. A drug test may be required. Apprenticeship committees may require applicants to have a high school diploma or its equivalent. For jointly administered apprenticeships approved by the U.S. Department of Labor, a high school diploma is mandatory, because these programs can earn credit from community colleges and, in some cases, from 4-year colleges. Armed Forces training in plumbing, pipefitting, and steamfitting is considered very good preparation. In fact, people with this background may be given credit for previous experience when they enroll in a civilian apprenticeship program. High school or postsecondary courses in shop, plumbing, general mathematics, drafting, blueprint reading, computers, and physics also are good preparation.

Certification and advancement. With additional training, some plumbers, pipefitters, and steamfitters become supervisors for mechanical and plumbing contractors. Others, especially plumbers, go into business for themselves, often starting as a self-employed plumber working from home. Some eventually become owners of businesses employing many workers and may spend most of their time as managers rather than as plumbers. Others move into closely related areas such as construction management or building inspection.

For those who would like to advance, it is becoming increasingly important to be able to communicate in both English and Spanish in order to relay instructions and safety precautions to workers with limited understanding of English; Spanish-speaking workers make up a large part of the construction workforce in many areas. Supervisors and contractors need good communication skills to deal with clients and subcontractors.

In line with new opportunities arising from the growing need to conserve water, the Plumbing-Heating-Cooling Contractors—National Association has formed a partnership with GreenPlumbers USA to train and certify plumbers across the Nation on water-saving technologies and energy efficiency.  Attainment of this certification may help people trained in this area to get more jobs and advance more quickly.

Employment as a Plumber

Plumbers, pipelayers, pipefitters, and steamfitters constitute one of the largest construction occupations, holding about 555,900 jobs in 2008. About 56 percent worked for plumbing, heating, and air-conditioning contractors engaged in new construction, repair, modernization, or maintenance work. Others were employed by a variety of industrial, commercial, and government employers. Pipefitters, for example, were employed in the petroleum and chemical industries to maintain the pipes that carry industrial liquids and gases. About 12 percent of plumbers, pipelayers, pipefitters, and steamfitters were self-employed.

Faster than average employment growth is projected. Job opportunities are expected to be very good.

Employment change. Employment of plumbers, pipelayers, pipefitters, and steamfitters is expected to grow 16 percent between 2008 and 2018, faster than the average for all occupations. Demand for plumbers will stem from new construction and from renovation of buildings. In addition, repair and maintenance of existing residential systems will keep plumbers employed. A growing emphasis on water conservation, particularly in dryer parts of the country, that will require retrofitting in order to conserve water in new ways will increase demand for plumbers. Demand for pipefitters and steamfitters will be driven by maintenance and construction of places such as powerplants, water and wastewater treatment plants, office buildings, and factories, all of which have extensive pipe systems. The stimulus package aimed at repairing the Nation’s infrastructure should help the employment picture immediately; long-term growth of pipelayer jobs will stem from the building of new water and sewer lines and of pipelines to new oil and gas fields. Demand for sprinklerfitters also should also increase, because of proposed changes to construction codes, set to take effect in 2011, that will require the installation of fire sprinkler systems in residential buildings where these systems had previously never been required.

Job prospects. Job opportunities are expected to be very good, with demand for skilled plumbers, pipelayers, pipefitters, and steamfitters expected to outpace the supply of well-trained workers in this craft. Some employers report difficulty finding workers with the right qualifications. In addition, many people currently working in these trades are expected to retire over the next 10 years, which will create additional job openings. Workers with welding experience should have especially good opportunities.

Traditionally, many organizations with extensive pipe systems have employed their own plumbers or pipefitters to maintain equipment and keep systems running smoothly. But, to reduce labor costs, a large number of these firms no longer employ full-time, in-house plumbers or pipefitters. Instead, when they need a plumber, they increasingly are relying on workers provided under service contracts by plumbing and pipefitting contractors.

About 31 percent of plumbers, pipelayers, pipefitters, and steamfitters belonged to a union. Many of these workers are members of the United Association of Journeymen and Apprentices of the Plumbing and Pipefitting Industry of the United States and Canada. 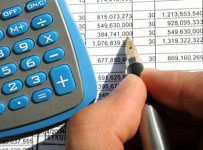 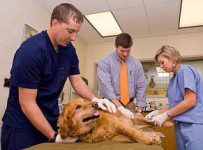 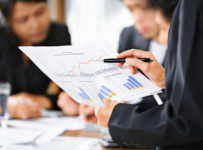