In this free career guide, you will learn how to have a successful career as a computer scientist.

Working as a Computer Scientist

The widespread and increasing use of computers and information technology has generated a need for highly trained, innovative workers with extensive theoretical expertise. These workers, called computer scientists, are the designers, creators, and inventors of new technology. By creating new technology, or finding alternative uses for existing resources, they solve complex business, scientific, and general computing problems. Some computer scientists work on multidisciplinary projects, collaborating with electrical engineers, mechanical engineers, and other specialists.

Computer scientists conduct research on a wide array of topics. Examples include computer hardware architecture, virtual reality, and robotics. Scientists who research hardware architecture discover new ways for computers to process and transmit information. They design computer chips and processors, using new materials and techniques to make them work faster and give them more computing power. When working with virtual reality, scientists use technology to create life-like situations. For example, scientists may invent video games that make users feel like they are actually in the game. Computer scientists working with robotics try to create machines that can perform tasks on their own—without people controlling them. Robots perform many tasks, such as sweeping floors in peoples’ homes, assembling cars on factory production lines, and “auto-piloting” airplanes.

Computer science researchers employed by academic institutions  have job functions that are similar in many ways to those employed by other organizations. In general, researchers in academic settings have more flexibility to focus on pure theory, while those working in business or scientific organizations, covered here, usually focus on projects that have the possibility of producing patents and profits. Some researchers in non-academic settings, however, have considerable latitude in determining the direction of their research.

Work environment. Computer scientists normally work in offices or laboratories in comfortable surroundings. Like other workers who spend long periods in front of a computer terminal typing on a keyboard, computer scientists are susceptible to eyestrain, back discomfort, and hand and wrist problems such as carpal tunnel syndrome.

A Ph.D. is required for most jobs, and an aptitude for math is important.

Education and training. Most computer scientists are required to possess a Ph.D. in computer science, computer engineering, or a closely related discipline. For some positions in the Federal Government, a bachelor’s degree in a computer-related field may be adequate.

Other qualifications. Computer scientists must be able to think logically and creatively. They must possess a strong aptitude for math and other technical topics, as these are critical to the computing field. Because they often deal with a number of tasks simultaneously, the ability to concentrate and pay close attention to detail also is important. Although computer scientists sometimes work independently, they frequently work in teams on large projects. As a result, they must be able to communicate effectively with computer personnel, such as programmers and managers, as well as with users or other staff who may have no technical computer background.

Advancement. After they gain experience with an organization, computer scientists may advance into managerial or project leadership positions. Some choose to leave private industry for academic positions.

Computer scientists held about 28,900 jobs in 2008. Although they are increasingly employed in every sector of the economy, the greatest concentration of these workers, about 23 percent, was in the computer systems design and related services industry. Many computer scientists were also employed by software publishing firms, scientific research and development organizations, and in education.

Employment growth is expected to be much faster than the average, and job prospects should be excellent.

Employment change. Employment of computer scientists is expected to grow by 24 percent from 2008 to 2018, which is much faster than the average for all occupations. Employment of these computer specialists is expected to grow as individuals and organizations continue to demand increasingly sophisticated technologies. Job increases will be driven, in part, by very rapid growth in computer systems design and related services industry, as well as the software publishing industry, which are projected to be among the fastest growing industries in the U.S. economy.

Computer scientists develop the theories that allow many new technologies to be developed. The demand for increasing efficiency in areas such as networking technology, computing speeds, software performance, and embedded systems will lead to employment growth. In addition, the growing emphasis on information security will lead to new jobs.

Job prospects. Computer scientists should enjoy excellent job prospects. Graduates from Ph.D. programs in computer science and engineering are in high demand, and many companies report difficulties finding sufficient numbers of these highly skilled workers. In addition to openings resulting from rapid growth in the occupation, some additional job openings will arise from the need to replace workers who move into other occupations or who leave the labor force. 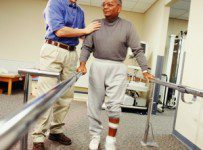 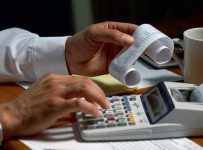 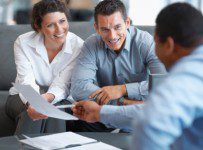