Carpenters work with wood for a variety of construction, home improvement, and furniture making needs. Carpenters perform different tasks based on their specialty – a home framer requires slightly different skills than a furniture builder.

In this free career guide, you learn how to have a successful career as a carpenter.

Working as a Carpenter

Carpenters construct, erect, install, and repair structures and fixtures made from wood and other materials. Carpenters are involved in many different kinds of construction, from the building of highways and bridges to the installation of kitchen cabinets.

Each carpentry task is somewhat different, but most involve the same basic steps. Working from blueprints or instructions from supervisors, carpenters first do the layout—measuring, marking, and arranging materials—in accordance with local building codes. They cut and shape wood, plastic, fiberglass, or drywall using hand and power tools, such as chisels, planes, saws, drills, and sanders. They then join the materials with nails, screws, staples, or adhesives. In the last step, carpenters do a final check of the accuracy of their work with levels, rules, plumb bobs, framing squares, and surveying equipment, and make any necessary adjustments. Some materials come prefabricated, allowing for easier and faster installation.

Carpenters may do many different carpentry tasks, or they may specialize in one or two. Carpenters who remodel homes and other structures, for example, need a broad range of carpentry skills. As part of a single job, they might frame walls and partitions, put in doors and windows, build stairs, install cabinets and molding, and complete many other tasks. Well-trained carpenters are able to switch from residential building to commercial construction or remodeling work, depending on which offers the best work opportunities.

Carpenters who work for large construction contractors or specialty contractors may perform only a few regular tasks, such as constructing wooden forms for pouring concrete, or erecting scaffolding. Some carpenters build tunnel bracing, or brattices, in underground passageways and mines to control the circulation of air through the passageways and to worksites. Others build concrete forms for tunnel, bridge, or sewer construction projects.

Carpenters employed outside the construction industry perform a variety of installation and maintenance work. They may replace panes of glass, ceiling tiles, and doors, as well as repair desks, cabinets, and other furniture. Depending on the employer, carpenters install partitions, doors, and windows; change locks; and repair broken furniture. In manufacturing firms, carpenters may assist in moving or installing machinery.

Work environment. As is true of other building trades, carpentry work is sometimes strenuous. Prolonged standing, climbing, bending, and kneeling often are necessary. Carpenters risk injury working with sharp or rough materials, using sharp tools and power equipment, and working in situations where they might slip or fall. Consequently, workers in this occupation experience a very high incidence of nonfatal injuries and illnesses. Additionally, carpenters who work outdoors are subject to variable weather conditions.

Many carpenters work a standard 40 hour week; however, some work more. About 7 percent worked part time.

Carpenters can learn their craft through on-the-job training, vocational schools or technical colleges, or formal apprenticeship programs, which often takes 3 to 4 years.

Education and training. Learning to be a carpenter can start in high school. Classes in English, algebra, geometry, physics, mechanical drawing, blueprint reading, and general shop will prepare students for the further training they will need.

After high school, there are a number of different ways to obtain the necessary training. Some people get a job as a carpenter’s helper, assisting more experienced workers. At the same time, the helper might attend a trade or vocational school, or community college to receive further trade-related training and eventually become a carpenter.

On the job, apprentices learn elementary structural design and become familiar with common carpentry jobs, such as layout, form building, rough framing, and outside and inside finishing. They also learn to use the tools, machines, equipment, and materials of the trade. In the classroom, apprentices learn safety, first aid, blueprint reading, freehand sketching, basic mathematics, and various carpentry techniques. Both in the classroom and on the job, they learn the relationship between carpentry and the other building trades.

The number of apprenticeship programs is limited, however, so only a small proportion of carpenters learn their trade through these programs. Most apprenticeships are offered by commercial and industrial building contractors, along with construction unions.

Some people who are interested in carpentry careers choose to receive classroom training before seeking a job. There are a number of public and private vocational-technical schools and training academies affiliated with unions and contractors that offer training to become a carpenter. Employers often look favorably upon these students and usually start them at a higher level than those without this training.

Other qualifications. Carpenters need manual dexterity, good eye-hand coordination, physical fitness, and a good sense of balance. The ability to solve mathematical problems quickly and accurately also is required. In addition, military service or a good work history is viewed favorably by employers.

Carpenters usually have more opportunities than most other construction workers to become general construction supervisors, because carpenters are exposed to the entire construction process. For those who would like to advance, it is increasingly important to be able to communicate in both English and Spanish in order to relay instructions and safety precautions to workers; Spanish-speaking workers make up a large part of the construction workforce in many areas. Carpenters may advance to carpentry supervisor or general construction supervisor positions. Others may become independent contractors. Supervisors and contractors need good communication skills to deal with clients and subcontractors. They also should be able to identify and estimate the quantity of materials needed to complete a job and accurately estimate how long a job will take to complete and what it will cost.

Employment as a Carpenter

Carpenters are employed throughout the country in almost every community and make up the second largest building trades occupation. They held about 1.3 million jobs in 2008.

About 32 percent worked in the construction of buildings industry, and about 22 percent worked for specialty trade contractors. Most of the rest of wage and salary carpenters worked for manufacturing firms, government agencies, retail establishments, and a wide variety of other industries. About 32 percent of all carpenters were self-employed. Some carpenters change employers each time they finish a construction job. Others alternate between working for a contractor and working as contractors themselves on small jobs, depending on where the work is available.

As fast as average job growth, coupled with replacement needs, will create a large number of openings each year. Job opportunities should be best for those with the most training and skills.

Employment change. Employment of carpenters is expected to increase by 13 percent during the 2008–18 decade, as fast as the average for all occupations. Population growth over the next decade will stimulate some growth in the construction industry over the long run to meet people’s housing and other basic needs. Energy conservation will also stimulate demand for buildings that are more energy efficient, particularly in the industrial sector. The home remodeling market also will create demand for carpenters. Moreover, construction of roads and bridges should increase the demand for carpenters in the coming decade. Much will depend on spending by the Federal and State governments, as they attempt to upgrade and repair existing infrastructure, such as highways, bridges, and public buildings.

Some of the demand for carpenters, however, will be offset by expected productivity gains resulting from the increasing use of prefabricated components and improved fasteners and tools. Prefabricated wall panels, roof assemblies, and stairs, as well as prehung doors and windows can be installed very quickly. Instead of having to be built on the worksite, prefabricated walls, partitions, and stairs can be lifted into place in one operation; beams and, in some cases, entire roof assemblies, are lifted into place using a crane. As prefabricated components become more standardized, builders will use them more often. New and improved tools, equipment, techniques, and materials also are making carpenters more versatile, allowing them to perform more carpentry tasks.

Job prospects. Job opportunities will be good for those with the most training and skills. The need to replace carpenters who retire or leave the occupation for other reasons should result in a large number of openings. Carpenters with specialized or all-around skills will have better opportunities for steady work than carpenters who can perform only a few relatively simple, routine tasks.

Employment of carpenters, like that of many other construction workers, is sensitive to the fluctuations of the economy. Workers in these trades may experience periods of unemployment when the overall level of construction falls. On the other hand, shortages of these workers may occur in some areas during peak periods of building activity.

Job opportunities for carpenters also vary by geographic area. Construction activity parallels the movement of people and businesses and reflects differences in local economic conditions. The areas with the largest population increases will also provide the best opportunities for jobs as carpenters and for apprenticeships for people seeking to become carpenters.

Earnings can be reduced on occasion, because carpenters lose worktime in bad weather and during recessions when jobs are unavailable. Earnings may be increased by overtime during busy periods.

Some carpenters are members of the United Brotherhood of Carpenters and Joiners of America. About 19 percent of all carpenters were members of unions or covered by union contracts, higher than the average for all occupations. 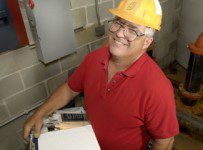 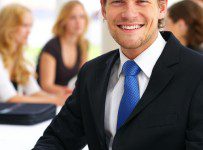 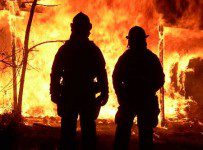