Agricultural workers work on farms and ranches growing and harvesting plants and livestock. Their work is the backbone of the farm economy in America, producing much of the food we eat.

In this free career guide, you will learn how to have a successful career as an agricultural worker.

Working as an Agricultural Worker

Agricultural workers play a large role in getting food, plants, and other agricultural products to market. Working mostly on farms or ranches, but also in nurseries and slaughterhouses, these workers have numerous and diverse duties. Among their activities are planting and harvesting crops, installing irrigation, and delivering animals. While most agricultural workers have relatively few technical skills, some have college degrees that train them to breed animals with specific traits.

Crop, nursery, and greenhouse farmworkers and laborers—the largest specialty by far—perform numerous activities related to growing and harvesting grains, fruits, vegetables, nuts, fiber, trees, shrubs, and other crops. They plant and seed, prune, irrigate, harvest, and pack and load crops for shipment. Farmworkers also apply pesticides, herbicides, and fertilizers to crops and repair fences and some farm equipment. Nursery and greenhouse workers prepare land or greenhouse beds for growing horticultural products, such as trees, plants, flowers, and sod. Their duties include planting, watering, pruning, weeding, and spraying the plants. They may cut, roll, and stack sod; stake trees; tie, wrap, and pack plants to fill orders; and dig up or move field-grown and containerized shrubs and trees.

Other agricultural workers known as agricultural equipment operators use a variety of farm equipment to plow, sow seeds, and maintain and harvest crops. Equipment may include tractors, fertilizer spreaders, haybines, raking equipment, balers, combines, threshers, and trucks. These workers also operate machines, such as conveyor belts, loading machines, separators, cleaners, and dryers, used in moving and treating crops after their harvest. As part of the job, workers may make adjustments and minor repairs to equipment.

Animal breeders select and breed animals using their knowledge of genetics and animal science to produce offspring with desired traits and characteristics, such as chickens that lay more eggs, pigs that produce leaner meat, and sheep with more desirable wool. Other animal breeders breed and raise cats, dogs, and other household pets. Larger and more expensive animals, such as horses and cattle, are usually bred through artificial insemination, a specialized technique which requires taking semen from the male and then inseminating the female. This process ensures better results than conventional mating and also enables one prized male to sire many more offspring. To know which animals to breed and when, animal breeders keep detailed records, including the health of the animals, their size and weight, and the amount and quality of the product produced by them. They also keep track of the traits of the offspring. Some animal breeders work as consultants for a number of farmers, but others breed and raise their own animals for sale or future breeding. For those who raise animals, tasks might include fixing and cleaning animal shelters, feeding and watering the animals, and overseeing animals’ health. Some breeders supervise others who perform these tasks. Animal breeders also read journals and newsletters to learn the latest information on breeding and veterinary practices.

Work environment. Working conditions for agricultural workers vary widely. Much of the work of farmworkers and laborers on farms and ranches is physically strenuous and takes place outdoors in all kinds of weather. Harvesting fruits and vegetables, for example, may require much bending, stooping, and lifting. Workers may have limited access to sanitation facilities while working in the field and drinking water may also be limited. Nevertheless, many agricultural workers enjoy the variety of their work, the rural setting, the satisfaction of working the land, and raising animals.

Farm work does not lend itself to a regular 40-hour workweek. In fact, about 16 percent of all agricultural workers have a variable schedule. Work cannot be delayed when crops must be planted or harvested or when animals must be sheltered and fed. Long hours and weekend work is common in these jobs. For example, farmworkers and agricultural equipment operators may work 6 or 7 days a week during planting and harvesting seasons.

Many agricultural worker jobs are seasonal in nature, so some workers also do other jobs during slow seasons. Migrant farmworkers, who move from location to location as crops ripen, live an unsettled lifestyle, which can be stressful. Work also is seasonal for farmworkers in nurseries; spring and summer are the busiest times of the year. Greenhouse workers enjoy relatively comfortable working conditions while tending plants indoors. However, during the busy seasons, when landscape contractors need plants, work schedules may be more demanding, often requiring weekend work. Moreover, the transition from warm weather to cold weather means that nursery workers might have to work overtime with little notice in order to move plants indoors to protect them from frost. Farmworkers who work with animals usually have a more regular schedule; their work is steadier and year round, but they sometimes must come to work on short notice to help handle emergencies.

Farmworkers risk exposure to pesticides and other hazardous chemicals sprayed on crops or plants. However, exposure can be minimal if safety procedures are followed. Those who work on mechanized farms must take precautions to avoid injury when working with tools and heavy equipment. Those who work directly with animals risk being bitten or kicked.

Animal breeders spend most of their time outdoors around animals but can also work in offices or laboratories. Breeders who consult may travel from farm to farm. If they need to sell offspring, breeders may travel to attend shows and meet potential buyers. While tending to the animals, breeders may be bitten or kicked.

The majority of agricultural workers learn their skills on the job in less than a month; animal breeders require more work experience or a college degree.

Education and training. Most farmworkers learn their jobs quickly as they work; many do not have a high school diploma. People without a high school diploma are particularly common in the crop production sector, which is more labor-intensive and employs numerous migrant farmworkers. Other agricultural workers may require a month to a year of training on the job, depending on their responsibilities.

Other qualifications. Experience working on a farm or around animals is helpful but not necessary to qualify for many jobs. For those who operate equipment on the road or drive a truck as part their job, a driver’s license or commercial driver’s license is required.

Advancement. Farmworkers who work hard, have good communication skills, and take an interest in the business may advance to crew leader or other supervisory positions. The ability to speak both English and Spanish is quite helpful in supervisory work as well.

Employment as an Agricultural Worker

Agricultural workers held about 821,700 jobs in 2008. About one third was employed in animal production; some found employment in support activities for agriculture and forestry.

Job opportunities for agricultural workers occupations should be abundant because large numbers of workers leave these jobs due to their low wages and physical demands. Little or no change in employment is expected over the 2008-18 decade, reflecting in large part the outlook for farmworkers in crops, nurseries, and greenhouses, who make up the largest majority of all agricultural workers.

Employment change. Overall employment is expected to show little or no change in employment. Fewer agricultural workers will be needed overall because of continued consolidation of farms and technological advancements in farm equipment that is raising output per farm worker. The agriculture industry also is expected to face increased competition from foreign countries and rising imports, particularly from Central America and China because of trade agreements with those regions. Nursery and greenhouse workers might experience some job growth in this period, if the demand for landscaping plants resumes its growth pattern.

Job prospects. Job openings should be plentiful because of relatively large numbers of workers who leave these jobs for other occupations. This is especially true for jobs as agricultural equipment operators, and crop, greenhouse, and nursery farmworkers. Those who work with animals tend to have a more settled lifestyle, as the work does not require them to follow crops for harvest.

Earnings as an Agricultural Worker

Agricultural workers had the following median hourly wages in May 2008:

Farmworkers in crop production often are paid piece rates, with earnings based on how much they do instead of how many hours they work. Farmworkers tend to receive fewer benefits than those in many other occupations. Some employers supply seasonal workers with room and board. 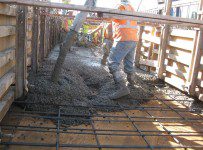 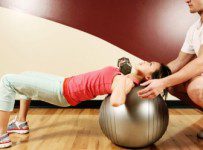 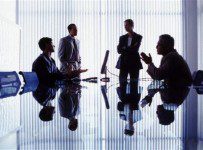