The Emmy statuette was modeled after Louis McManus’s wife in 1948. Never heard of Louis or his wife? He was a television engineer tasked with creating the Emmy statuette. The Emmy is winged and holding an atom. The wing represents the muse of art; the atom, science. The name Emmy is taken from ‘Immy,’ a nickname for the early image orthicon camera. (H/T NBC Bay Area)

There are 7 nominations for lead actress, while the lead actor has the traditional 6. This repeats 2011 when the Emmys couldn’t narrow down the list for Lead Actress in a Comedy Series. (H/T Yahoo!)

3. The Playhouse is a Winner

Kelsey Grammer is the only actor to be nominated for an Emmy for the same character on three different shows. He played Dr. Frasier Crane on Wings, Cheers, and Frasier. He had 3 wins – all on Frasier. His fourth win (and for the winning bar bet!): Outstanding Voice-Over Performance for his recurring role as Sideshow Bob on The Simpsons.

5. And the win goes to… Someone Other Than Jerry Seinfeld

While Jerry Seinfeld was nominated 5 times – and lost 5 times – for his namesake role in the show about himself, his castmates Julia Louis-Dreyfus and Michael Richards both won for their roles. Jason Alexander had more nominations than Jerry – 7 – but also lost 7 years in a row. (H/T Mental Floss)

House of Cards is the first show nomination for an Emmy from a streaming website. The critically acclaimed series is owned by Netflix and streams from the site, not from a traditional broadcast or cable network. Looks like Hollywood finally gets the Internet.

Law & Order has the most nominations for a drama series at 11, but they’re tied at 4 wins with Hill Street Blues, LA Law, Mad Men, and The West Wing. Overall, Law & Order has 6 wins and 50 nominations. Compare this long-running series with Mad Men which has 97 nominations and 15 total wins.

With 97 nominations and 15 wins, you’ll be amazed to learn no actor or actress has won an Emmy for a role on Mad Men.

9. Real Time for No Wins

Bill Maher has the distinguishing honor of being nominated 29 times since 1995 – a record – without a single win. Maher isn’t interested in a win at this point, joking it would mess up his “street cred.” (H/T NBC Bay Area)

10. The First Emmy? Went to Someone Brainless.

The first Emmy was awarded to a puppet, Judy Splinters and her ventriloquist friend, Shirley Dinsdale. The first Emmy Awards were for Los Angeles area local TV. 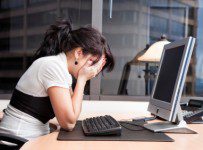 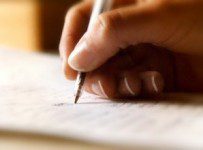