Pest control techs control unwanted creatures from infesting a building and the surround area. Pest control technicians kill and remove pests such as roaches, rats, mice, spiders, termites, and other types of bugs and creatures.

In this free career guide, you will learn to become a successful pest control technician.

Working as a Pest Control Technician

Unwanted creatures that infest buildings or surrounding areas can pose serious risks to health and safety. Pest control workers remove these creatures from households, apartment buildings, places of businesses, and other structures, to protect people and maintain structural integrity.

Common pests include roaches, rats, mice, spiders, termites, ants, and bedbugs. Using information about pests’ biology and habits, along with an arsenal of pest management techniques, pest control workers locate, identify, and remove pests. They set traps, apply pesticides, and even modify structures at the discretion of the customer.

Some workers use pest-management technology to make home inspections more efficient. This technology, which uses microchips to identify areas of pest activity, is used most frequently for termites. The chips, which are placed in baiting stations, emit signals that can tell pest control workers if is termites are present. Workers pick up the signals using a device similar to a metal detector, allowing them to quickly evaluate an entire building.

Pest control workers generally can be divided into three categories: technicians, applicators, and supervisors. Position titles and job duties vary by State, however.

Pest control technicians are usually entry-level workers who identify potential pest problems, conduct inspections, and design control strategies. They work directly with the customer and are permitted to apply a limited range of pesticides.

Pest control supervisors, also known as operators, direct technicians and applicators. Supervisors are licensed to apply pesticides, but they usually are more involved in running the business. Many supervisors own their own business. Supervisors are responsible for ensuring that employees obey rules regarding pesticide use and resolving any problems that arise with regulatory officials or customers. Most States require each pest control establishment to have a supervisor.

Work environment. Because work must be done on site, pest control workers travel to visit clients. Pest control workers must kneel, bend, reach, and crawl to inspect and treat structures. They work both indoors and out, in all weather conditions. Applicators must wear heavy protective gear, including respirators, gloves, and goggles, when working with pesticides.

There are health risks associated with pesticide use. Various pest control chemicals are toxic and could be harmful, if not used properly. Health risks are limited by the extensive training required for licensure and the use of recommended protective equipment. However, pest control workers still experience injuries more frequently than workers in many other occupations.

State laws require pest control workers to be licensed. Most workers need a high school diploma and receive training on the job.

Education and training. A high school diploma or equivalent is the minimum qualification for most pest control jobs, but some jobs may not require any formal education. A college degree may be required for other jobs. Most pest control workers may begin their careers as technicians. They often receive both formal classroom and on-the-job training provided by the employer, but they also may be required to study on their own. Training usually involves a combination of classroom study and on-the-job experience for each category of work that the pest control worker would like to perform. Categories may include general pest control, rodent control, termite control, fumigation, and ornamental and turf control. In addition, technicians must attend general training in pesticide safety and use. Pest control workers usually can complete this training in fewer than 3 months.

Licensure. Pest control workers must be licensed. Requirements vary by State, but pest control workers generally must undergo training and pass an examination. Some States also require workers to have a high school diploma or equivalent and pass a background check; some also have additional requirements for applicators and operators. Most pest control firms provide training and help their employees prepare for the examination. In some States, individuals may be able to work as apprentices before becoming licensed.

Other qualifications. Pest control workers must be in good health, because of the physical demands of the job, and they also must be able to withstand uncomfortable conditions—such as the heat of climbing into an attic in the summertime or the chill of sliding into a crawlspace during winter. In addition, many pest control companies require their employees to have a good driving record.

Advancement. Advancement opportunities come with experience in the field. After a designated number of years on the job, technicians may advance to become applicators. Applicators with several years of experience often become supervisors. Some experienced workers may start their own pest management company. Pest control workers in large organizations may advance into administrative positions, although a college degree may be required for such opportunities.

Employment growth is expected to be faster than the average, and job prospects should be very good.

Job prospects. Job prospects should be very good for qualified applicants, due to the limited number of people seeking work in this occupation. In addition to job growth, opportunities also should arise from the need to replace workers who leave the occupation. 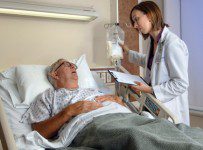 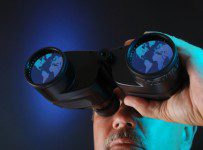 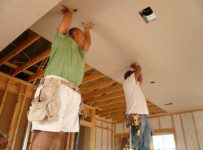