Electricians install and maintain electrical power systems in homes and businesses. They provide maintenance and repair of existing electrical systems.

In this free career guide, you will learn how to have a successful career as an electrician.

Working as an Electrician

Electricians usually start their work by reading blueprints— technical diagrams that show the locations of circuits, outlets, load centers, panel boards, and other equipment. After determining where all the wires and components will go, electricians install and connect the wires to circuit breakers, transformers, outlets, or other components and systems.

When installing wiring, electricians use handtools such as conduit benders, screwdrivers, pliers, knives, hacksaws, and wire strippers, as well as power tools such as drills and saws. Later, they use ammeters, ohmmeters, voltmeters, harmonics testers, and other equipment to test connections and ensure the compatibility and safety of components.

Maintenance electricians repair or replace electric and electronic equipment when it breaks. They make needed repairs as quickly as possible in order to minimize inconvenience. They may replace items such as circuit breakers, fuses, switches, electrical and electronic components, or wire.

Electricians also periodically inspect all equipment to ensure that it is operating properly and to correct problems before breakdowns occur.

Maintenance work varies greatly, depending on where an electrician works. Electricians who focus on residential work perform a wide variety of electrical work for homeowners. They may rewire a home and replace an old fuse box with a new circuit breaker box to accommodate additional appliances, or they may install new lighting and other electric household items, such as ceiling fans. These electricians also might do some construction and installation work.

Electricians in large factories usually do maintenance work that is more complex. These kinds of electricians may repair motors, transformers, generators, and electronic controllers on machine tools and industrial robots. They also advise management as to whether the continued operation of certain equipment could be hazardous. When working with complex electronic devices, they may consult with engineers, engineering technicians, line installers and repairers, or industrial machinery mechanics and maintenance workers.

Work environment. Electricians work indoors and out, at construction sites, in homes, and in businesses or factories. The work may be strenuous at times and may include bending conduit, lifting heavy objects, and standing, stooping, and kneeling for long periods. Electricians risk injury from electrical shock, falls, and cuts, and must follow strict safety procedures to avoid injuries. Data from the U.S. Bureau of Labor Statistics show that full-time electricians experienced a work-related injury and illness rate that was higher than the national average. When working outdoors, they may be subject to inclement weather. Some electricians may have to travel long distances to jobsites.

Most electricians work a standard 40-hour week, although overtime may be required. Those who do maintenance work may work nights or weekends and be on call to go to the worksite when needed. Electricians in industrial settings may have periodic extended overtime during scheduled maintenance or retooling periods. Companies that operate 24 hours a day may employ three shifts of electricians.

Most electricians learn their trade through apprenticeship programs that combine on-the-job training with related classroom instruction.

Because of the comprehensive training received, those who complete apprenticeship programs qualify to do both maintenance and construction work. Apprenticeship programs usually last 4 years. Each year includes at least 144 hours of classroom instruction and 2,000 hours of on-the-job training. In the classroom, apprentices learn electrical theory, blueprint reading, mathematics, electrical code requirements, and safety and first aid practices. They also may receive specialized training in soldering, communications, fire alarm systems, and cranes and elevators.

On the job, apprentices work under the supervision of experienced electricians. At first, they drill holes, set anchors and attach conduit. Later, they measure, fabricate, and install conduit and install, connect, and test wiring, outlets, and switches. They also learn to set up and draw diagrams for entire electrical systems. Eventually, they practice and master all of an electrician’s main tasks.

Some people start their classroom training before seeking an apprenticeship. A number of public and private vocational-technical schools and training academies offer training to become an electrician. Employers often hire students who complete these programs and usually start them at a more advanced level than those without this training. A few people become electricians by first working as helpers—assisting electricians by setting up job sites, gathering materials, and doing other nonelectrical work—before entering an apprenticeship program. All apprentices need a high school diploma or a General Equivalency Diploma (G.E.D.). Electricians also may need additional classes in mathematics because they solve mathematical problems on the job.

Education continues throughout an electrician’s career. Electricians may need to take classes to learn about changes to the National Electrical Code, and they often complete regular safety programs, manufacturer-specific training, and management training courses. Classes on such topics as low-voltage voice and data systems, telephone systems, video systems, and alternative energy systems such as solar energy and wind energy increasingly are being given as these systems become more prevalent. Other courses teach electricians how to become contractors.

Licensure. Most States and localities require electricians to be licensed. Although licensing requirements vary from State to State, electricians usually must pass an examination that tests their knowledge of electrical theory, the National Electrical Code, and local and State electric and building codes.

Other qualifications. Applicants for apprenticeships usually must be at least 18 years old and have a high school diploma or a G.E.D. They also may have to pass a test and meet other requirements.

Advancement. Experienced electricians can advance to jobs as supervisors. In construction, they also may become project managers or construction superintendents. Those with sufficient capital and management skills can start their own contracting business, although doing so often requires a special electrical contractor’s license. Supervisors and contractors should be able to identify and estimate costs and prices and the time and materials needed to complete a job. Many electricians also become electrical inspectors.

For those who seek to advance, it is increasingly important to be able to communicate in both English and Spanish in order to relay instructions and safety precautions to workers with limited understanding of English; Spanish-speaking workers make up a large part of the construction workforce in many areas. Spanish-speaking workers who want to advance in this occupation need very good English skills to understand electrician classes and installation instructions, which are usually written in English and are highly technical.

Employment as an Electrician

Electricians held about 694,900 jobs in 2008. About 65 percent of wage and salary workers were employed by electrical contracting firms, and the remainder worked as electricians in a variety of other industries. In addition, about 9 percent of electricians were self-employed.

Average employment growth is expected. Job prospects should be good, particularly for workers with the widest range of skills, including voice, data, and video wiring.

Employment change. Employment of electricians should increase 12 percent between 2008 and 2018, about as fast as the average for all occupations. As the population grows, electricians will be needed to wire new homes, restaurants, schools, and other structures that will be built to accommodate the growing population. In addition, older buildings will require improvements to their electrical systems to meet modern codes and accommodate higher electricity consumption due to the greater use of electronic equipment in houses and workplaces.

New technologies also are expected to continue to spur demand for these workers. Robots and other automated manufacturing systems in factories will require the installation and maintenance of more complex wiring systems. In addition, efforts to boost conservation of energy in public buildings and in new construction will boost demand for electricians because electricians are key to installing some of the latest energy savers, such as solar panels and motion sensors for turning on lights.

Job prospects. In addition to jobs created by the increased demand for electrical work, openings are expected over the next decade as electricians retire. This will create good job opportunities, especially for those with the widest range of skills, including voice, data, and video wiring. Job openings for electricians will vary by location and specialty, however, and will be best in the fastest growing regions of the country.

Employment of electricians, like that of many other construction workers, is sensitive to the fluctuations of the economy. On the one hand, workers in these trades may experience periods of unemployment when the overall level of construction falls. On the other hand, shortages of these workers may occur in some areas during peak periods of building activity.

Although employment of maintenance electricians is steadier than that of construction electricians, those working in the automotive and other manufacturing industries that are sensitive to cyclical swings in the economy may experience layoffs during recessions. In addition, in many industries opportunities for maintenance electricians may be limited by increased contracting out for electrical services in an effort to reduce operating costs. However, increased job opportunities for electricians in electrical contracting firms should partially offset job losses in other industries.

Apprentices usually start at between 30 and 50 percent of the rate paid to fully trained electricians, depending on experience. As apprentices become more skilled, they receive periodic pay increases throughout their training. 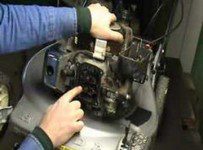 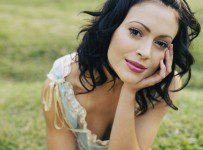 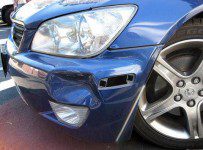