Correctional officers oversee individuals who have been arrested (in pretrial detention facilities) and those who have been convicted of a crime and must service time in a jail or prison.

In this free career guide, you will learn how to have a successful career as a correctional officer.

Working as a Correctional Officer

Correctional officers, also known as detention officers when they work in pretrial detention facilities, are responsible for overseeing individuals who have been arrested and are awaiting trial or who have been convicted of a crime and sentenced to serve time in a jail, reformatory, or penitentiary.

The jail population changes constantly as some prisoners are released, some are convicted and transferred to prison, and new offenders are arrested and enter the system. Correctional officers in local jails admit and process about 13 million people a year, with nearly 800,000 offenders in jail at any given time. Correctional officers in State and Federal prisons watch over the approximately 1.6 million offenders who are incarcerated there at any given time. Typically, offenders serving time at county jails are sentenced to a year or less. Those serving a year or more are usually housed in state or federal prisons.

Correctional officers maintain security and inmate accountability to prevent disturbances, assaults, and escapes. Officers have no law enforcement responsibilities outside of the institution where they work.

Regardless of the setting, correctional officers maintain order within the institution and enforce rules and regulations. To help ensure that inmates are orderly and obey rules, correctional officers monitor the activities and supervise the work assignments of inmates. Sometimes, officers must search inmates and their living quarters for contraband like weapons or drugs, settle disputes between inmates, and enforce discipline. Correctional officers periodically inspect the facilities, checking cells and other areas of the institution for unsanitary conditions, contraband, fire hazards, and any evidence of infractions of rules. In addition, they routinely inspect locks, window bars, grilles, doors, and gates for signs of tampering. Finally, officers inspect mail and visitors for prohibited items.

Correctional officers report orally and in writing on inmate conduct and on the quality and quantity of work done by inmates. Officers also report security breaches, disturbances, violations of rules, and any unusual occurrences. They usually keep a daily log or record of their activities. Correctional officers cannot show favoritism and must report any inmate who violates the rules. If a crime is committed within their institution or an inmate escapes, they help the responsible law enforcement authorities investigate or search for the escapee. In jail and prison facilities with direct supervision of cellblocks, officers work unarmed. They are equipped with communications devices so that they can summon help if necessary. These officers often work in a cellblock alone, or with another officer, among the 50 to 100 inmates who reside there. The officers enforce regulations primarily through their interpersonal communication skills and through the use of progressive sanctions, such as the removal of some privileges.

In the highest security facilities, where the most dangerous inmates are housed, correctional officers often monitor the activities of prisoners from a centralized control center with closed-circuit television cameras and a computer tracking system. In such an environment, the inmates may not see anyone but officers for days or weeks at a time and may leave their cells only for showers, solitary exercise time, or visitors. Depending on the offenders’ security classification, correctional officers may have to restrain inmates in handcuffs and leg irons to safely escort them to and from cells and other areas and to see authorized visitors. Officers also escort prisoners between the institution and courtrooms, medical facilities, and other destinations.

Bailiffs, also known as marshals or court officers, are law enforcement officers who maintain safety and order in courtrooms. Their duties, which vary by location, include enforcing courtroom rules, assisting judges, guarding juries from outside contact, delivering court documents, and providing general security for courthouses.

Correctional officers usually work an 8-hour day, 5 days a week, on rotating shifts. Some correctional facilities have longer shifts and more days off between scheduled work weeks. Because prison and jail security must be provided around the clock, officers work all hours of the day and night, weekends, and holidays. In addition, officers may be required to work paid overtime.

Correctional officers go through a training academy and then are assigned to a facility where they learn most of what they need to know for their work through on-the-job training. Qualifications vary by agency, but all agencies require a high school diploma or equivalent, and some also require some college education or full-time work experience. Military experience is often seen as a plus for corrections employment.

Education and training. A high school diploma or graduation equivalency degree is required by all employers. The Federal Bureau of Prisons requires entry-level correctional officers to have at least a bachelor’s degree; 3 years of full-time experience in a field providing counseling, assistance, or supervision to individuals; or a combination of the two. Some State and local corrections agencies require some college credits, but law enforcement or military experience may be substituted to fulfill this requirement.

Federal, State, and some local departments of corrections provide training for correctional officers based on guidelines established by the American Correctional Association and the American Jail Association. Some States have regional training academies that are available to local agencies. At the conclusion of formal instruction, all State and local correctional agencies provide on-the-job training, including training on legal restrictions and interpersonal relations. Many systems require firearms proficiency and self-defense skills. Officer trainees typically receive several weeks or months of training in an actual job setting under the supervision of an experienced officer. However, on-the-job training varies widely from agency to agency.

Academy trainees generally receive instruction in a number of subjects, including institutional policies, regulations, and operations, as well as custody and security procedures. New Federal correctional officers must undergo 200 hours of formal training within the first year of employment. They also must complete 120 hours of specialized training at the U.S. Federal Bureau of Prisons residential training center at Glynco, Georgia, within 60 days of their appointment. Experienced officers receive annual in-service training to keep abreast of new developments and procedures.

Correctional officers that are members of prison tactical response teams are trained to respond to disturbances, riots, hostage situations, forced cell moves, and other potentially dangerous confrontations. Team members practice disarming prisoners wielding weapons, protecting themselves and inmates against the effects of chemical agents, and other tactics.

Other qualifications. All institutions require correctional officers to be at least 18 to 21 years of age, be a U.S. citizen or permanent resident, and have no felony convictions. New applicants for Federal corrections positions must be appointed before they are 37 years old. Some institutions require previous experience in law enforcement or the military, but college credits can be substituted to fulfill this requirement. Others require a record of previous job stability, usually accomplished through 2 years of work experience, which need not be related to corrections or law enforcement.

Correctional officers must be in good health. Candidates for employment are generally required to meet formal standards of physical fitness, eyesight, and hearing. In addition, many jurisdictions use standard tests to determine applicant suitability to work in a correctional environment. Good judgment and the ability to think and act quickly are indispensable. Applicants are typically screened for drug abuse, subject to background checks, and required to pass a written examination.

Employment as a Correctional Officer

Employment change. Employment of correctional officers is expected to grow 9 percent between 2008 and 2018, about as fast as the average for all occupations. Increasing demand for correctional officers will stem from population growth and rising rates of incarceration. Mandatory sentencing guidelines calling for longer sentences and reduced parole for inmates are a primary reason for increasing incarceration rates. Some States are reconsidering mandatory sentencing guidelines because of budgetary constraints, court decisions, and doubts about their effectiveness. Some employment opportunities also will arise in the private sector, as public authorities contract with private companies to provide and staff corrections facilities. Both State and Federal corrections agencies are increasingly using private prisons.

Job prospects. Job opportunities for correctional officers are expected to be favorable. The need to replace correctional officers who transfer to other occupations, retire, or leave the labor force, coupled with rising employment demand, will generate job openings. In the past, some local and State corrections agencies have experienced difficulty in attracting and keeping qualified applicants, largely because of low salaries, shift work, and the concentration of jobs in rural locations. This situation is expected to continue.

In March 2009, the average salary for Federal correctional officers was $53,459. Federal salaries were slightly higher in areas where prevailing local pay levels were higher. 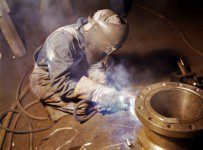 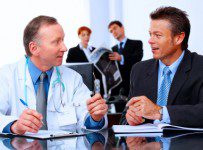 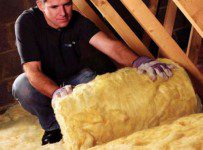