It is important for any company to let their employees know exactly how they are performing in their job functions.  This often occurs in small part throughout the year, but the yearend employee performance review is vital in letting the worker know in detail how they have fared and what may be expected of them in the coming year.

Good employees all too often leave performance reviews agitated and considering other career options, but this should never be the case.  A manager who knows these five common performance review mistakes and how to avoid them will be able to successfully handle their reviews in a manner that doesn’t alienate good workers.

One of the worst things that a manager can do when going over an employee’s review is to only focus on the fact that the worker has gotten the job done.  Many people lost their jobs after the recent financial collapse, and this left those who stayed on at the company with more responsibilities since they now had to do the jobs that their former colleagues had once done.  This has now gone on for years, and most employees have to be getting burned out from the responsibilities.  It is imperative to recognize the exceptional work that employees are putting forward.

2. Focusing on Only Recent Events

The field of psychology has taken notice of what they call the ‘recency effect’.  This is defined as people’s tendency to only focus on things that have happened in the recent past.  It is important to avoid doing this during a performance review.  If an employee made a mistake three weeks before his review but was exceptional the rest of the year, the review shouldn’t focus solely on that one mistake.  This isn’t to say that it cannot be brought up, but it definitely should not overshadow the employee’s overall performance throughout the year.

A performance review is not the time to try for an award for nicest boss of the year.  Employees need to hear the truth about their performance, regardless of whether it is positive or not.  Too many managers have consistently given great performance reviews only to blindside a worker with a termination over something that they didn’t even realize was a problem.  If an employee has an issue that is causing problems in the office, bringing it up is the only legitimate way to solve the issue.

4. Failing to be Constructive

A great number of managers make the mistake of giving negative feedback to their employees without making it constructive.  Telling a worker that they have done something wrong is not enough for the issue to be resolved.  The manager needs to give constructive advice on how the problem can be remedied.  Too many employees leave a performance review knowing that they’ve messed up but not really sure as to how to fix the situation.  A good boss will provide a game plan for the worker to follow to improve their performance.

Many managers make the mistake of not properly preparing for their reviews and throwing them together at the last minute.  Performance reviews are not simply meant to tell someone how good or bad of a job they’ve been doing; they’re meant to give feedback on how a person’s work can get even better over the coming year.  Simply telling an employee that they’ve done a great job isn’t really providing feedback.  In all likelihood, if the worker has done that well of a job, they probably already know it.  These reviews should be well thought out and focus on specifics.  Only then will a performance review be fruitful.

Performance reviews are an essential part of running a company.  Employees need to be given detailed reviews on how they are doing at least once throughout the year.  This will let them know if they need improvement in any certain areas and also give them tips on how their good work can get even better.  It is imperative that these reviews be handled professionally and in a way that benefits the employee and the company.  Avoiding the aforementioned pitfalls can go a long way in accomplishing this. 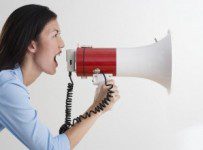 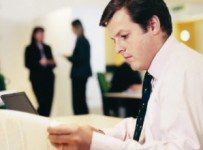 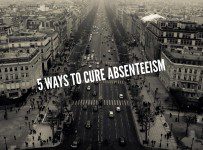