The Behaviors panel provides several pre-built scripts for controlling sound objects in a movie, including Play Sound, Stop Sound and Stop All Sounds. But in order to use the Play Sound behavior, you need to first load the sound using the Load Sound from Library or Load Streaming MP3 File behavior. 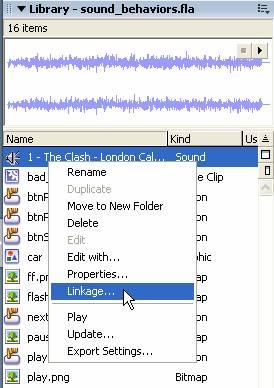 You can now load the sound into the movie using a behavior: 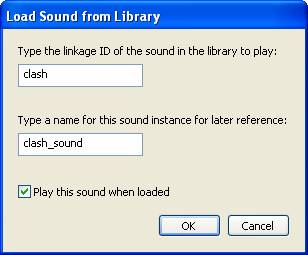 The behavior now appears in the Behaviors panel: 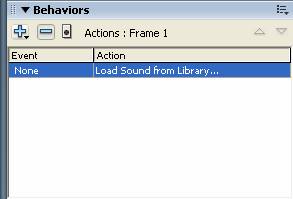 Notice that the top of the Behaviors panel tells you that the code for the behavior is attached to frame 1 of the Actions layer.

If you like, take a look at the code itself in the Actions panel: 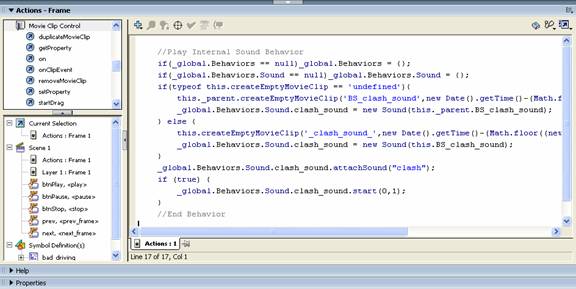 That’s a good deal of code you didn’t have to write!

You can use the Load Streaming MP3 File behavior to load a sound from a web site. Instead of entering a linkage ID for the sound, you enter a URL, and then give the instance a unique name.

You should use one of these two load sound methods to load each sound you want to attach to an object in your movie using a behavior. Then, with sound identifiers in hand, you can add behaviors to buttons to allow the user to play and stop the sounds: 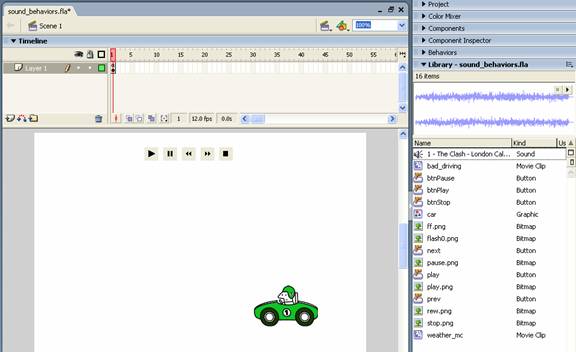 We’re now going to add behaviors to start a song playing when the user clicks the button. The song will play while the car moves, and stop with the car when the user presses the stop button.

This re-opens the Load Sound from Library dialog. Clear the check box and click OK. 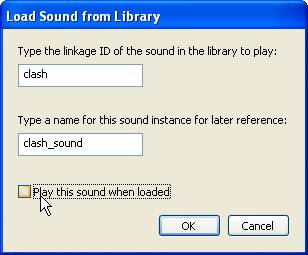 The event appears in the Behaviors panel: 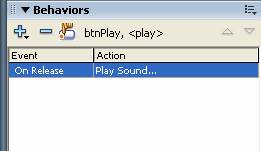 Remember, you can select a different mouse event to trigger the event by clicking inside the Event column and selecting an event from the menu. 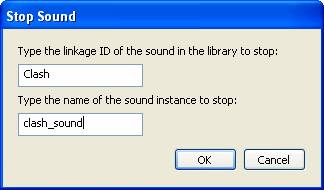 The behavior appears in the Behaviors panel.

Take a look at the code Flash inserted for the play button (select the play button and then open the Actions panel). Place the cursor inside the parentheses for the start method and then click the Show Code Hint

button to see what parameters are being used:

You can change these two parameters to adjust the number of seconds offset and the
number of loops.