Some of this code is already contained in behaviors, which you can add from the Behaviors panel: 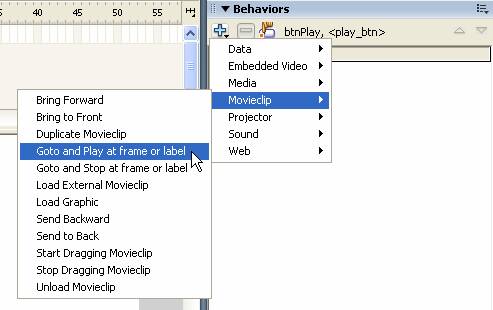 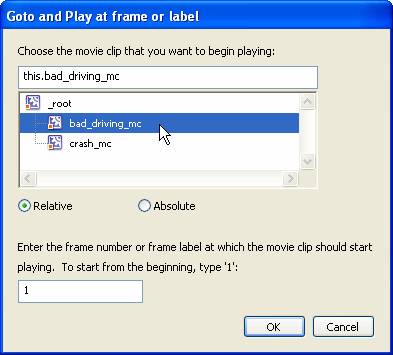 The behavior now appears in the Behaviors panel:

If you open the Actions panel, you’ll see that the code Flash inserted is identical to the code you added earlier to play a movie clip instance: