For example, the movie below contains one instance of a movie clip on the Main Timeline, called “openingweather_mc”. 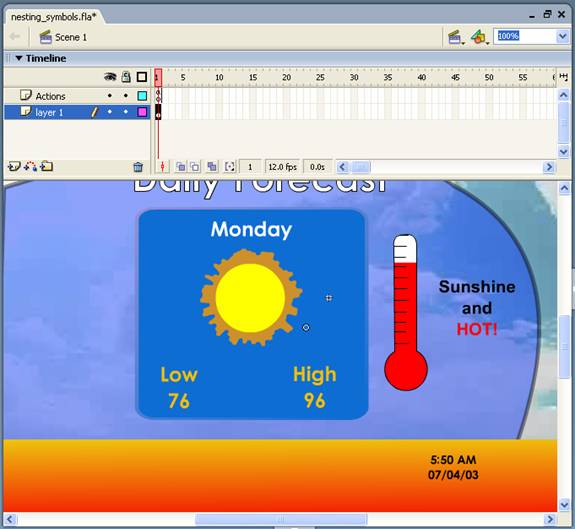 You can see the instance name in the Property Inspector:

Notice that the Property Inspector also tells us that “openingweather_mc” is an instance of the movie clip symbol “weather”. 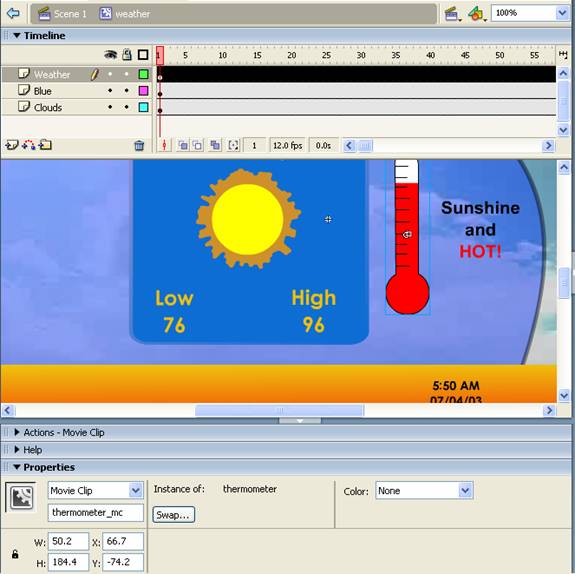 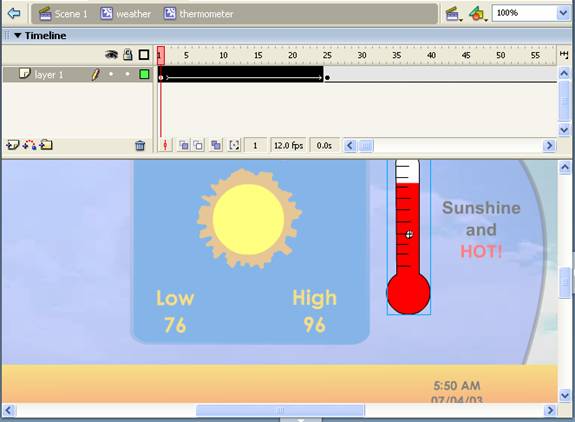 Notice that above the Timeline, we see first the name of the scene, then the weather movie clip, and then the thermometer movie clip. In complex movies, you can often dig several levels into a movie clip and find component parts.

In order to control these component parts from other parts of your movie, you need to understand how Flash expects you to refer to them. You already know that the instance name is used to refer to a specific object—an instance of a symbol on the Stage. But Flash also needs to know where within the hierarchy of nested symbols the object is located. In Flash, you can specify an object’s relative path or its absolute path.

These terms should be familiar, but in short, an absolute path specifies the path from the root, while a relative path specifies a path from the current location. Instead of using slashes to indicate a hierarchy, as used on a web site (http://www.mysite.com/directorya/directoryb/file.htm) or on a computer hard drive (c:\directorya\directoryb\file.doc), Flash uses “dot” syntax—that is, you use dots, or periods, instead of
slashes (_root.clipa.clipb.currentclip).

“root” can also refer to the root of the current object.

When using absolute paths, always begin with the root and work your way through the hierarchy of nested symbols to reach the one you’re targeting.

You can also reference a movie clip one level up from the current one using the “_parent” keyword. From our sun_mc movie clip, _parent would refer to the weather_mc movie clip. From there, you can use a relative path to target a clip within the parent’s hierarchy.

Flash gives you one final way to refer to a symbol’s location: using levels. Some functions have a “level” parameter, which simply refers to the level in the hierarchy you’re targeting, starting at the Main Timeline, level 0. Our weather_mc movie clip, residing on the Main Timeline, is located at level 1, and our sun_mc, inside the weather_mc movie clip, is located at level 2.

As a simple demonstration of targeting one movie clip instance from inside another, we’ll return to our moving car (motion tween) example. In the movie, we’ve converted the car, with its guide layer, to a movie clip, which we’ve added to the Stage on the Main Timeline. We’ve also added another movie clip, an animation of a fire hydrant spiraling into the air. We’ve deleted the buttons we added earlier. 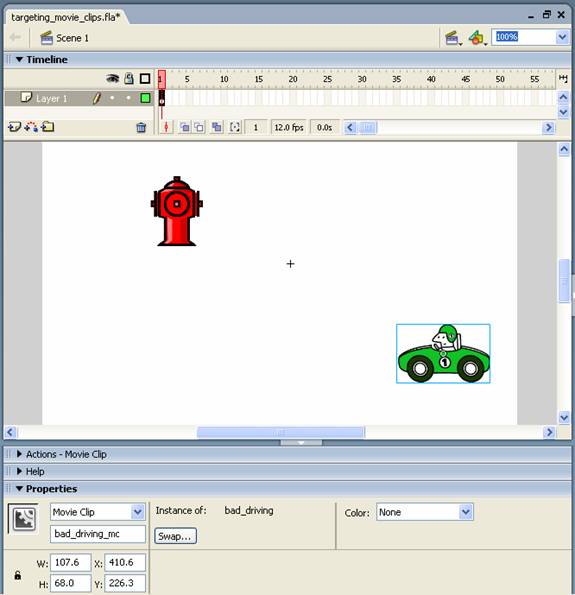 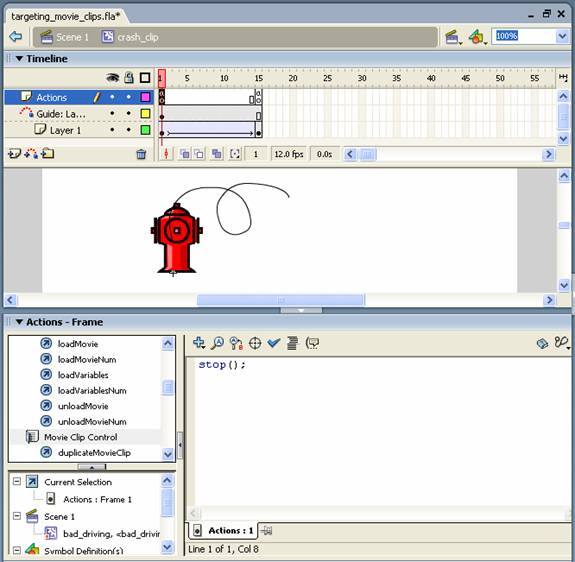 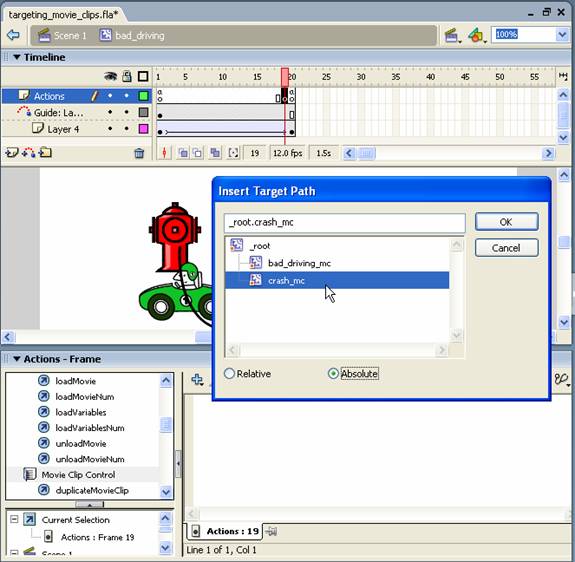 Now, when the playhead of the bad_driving_mc movie clip instance enters frame 19, the fire hydrant animation (crash_mc) will begin to play, simulating the effect of the car crashing into it. Although most animations use more sophisticated methods of detecting collisions, you can see from this how easy it is to control the Timeline of one movie clip instance from inside another.