Shape tweens are similar to motion tweens, except they involve the morphing of one object into another. For example, a star shape might appear in the first keyframe, but is then replaced with a circle in the second keyframe. The tween gradually shows the star morphing into the circle. You can also change the properties of the two objects so color, size, Alpha value, etc., change during the animation.

To create a shape tween: 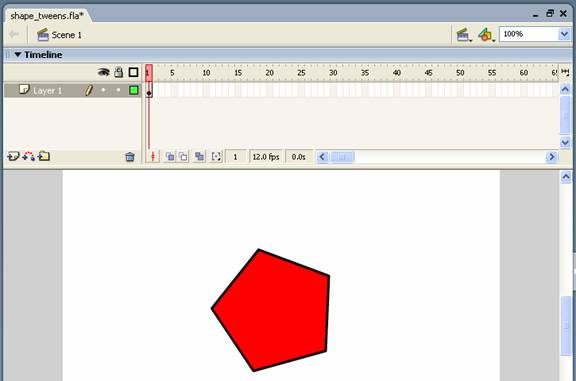 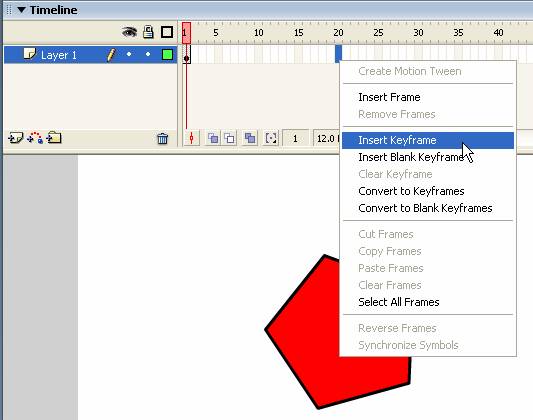 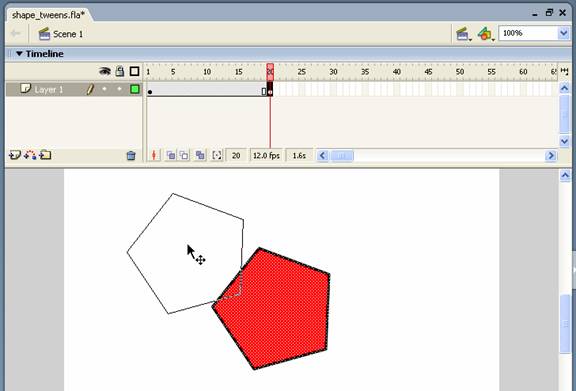 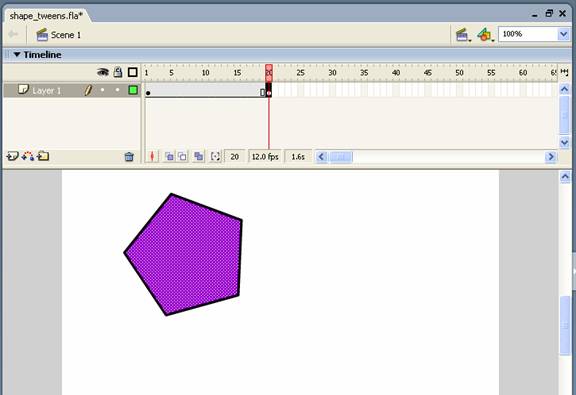 A forward arrow now appears between the two keyframes. The frames are tinted green, indicating a shape tween: 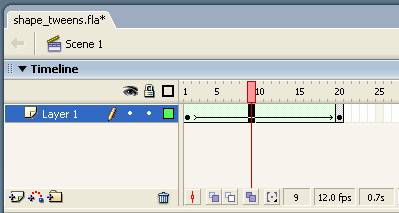 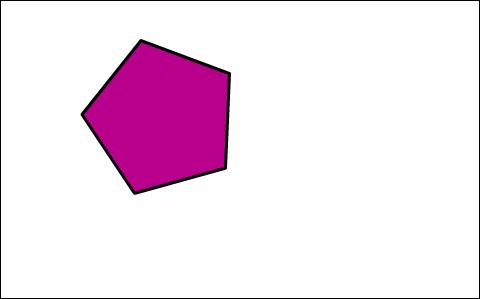 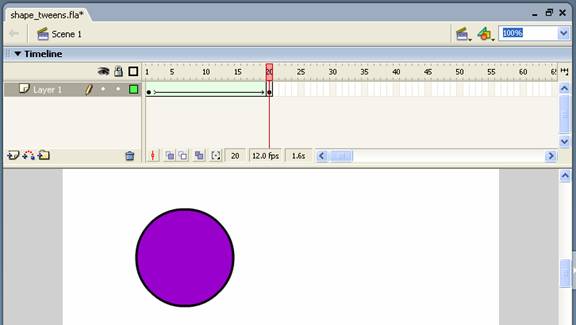 Timeline effects are essentially pre-built animation settings that you can apply to text, graphics or button symbols. Effects include Blur, Drop Shadow, Expand and Eplode.

To add a Timeline effect to an object on the Stage: 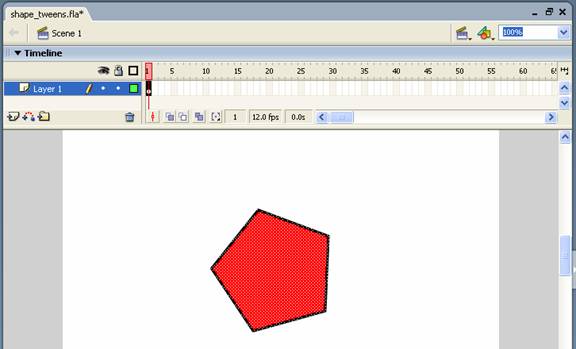 A window for that effect opens, showing a preview: 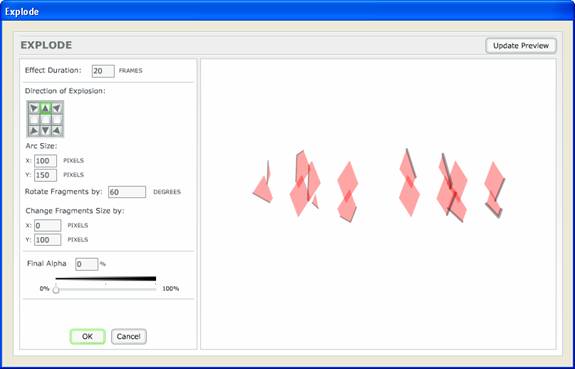 Assets for the effect are placed into a folder in the library:

Congratulations, you have completed the Macromedia Flash MX 2004 tutorial – part one.